E-Courts In India: An Essential Judicial Reform Ignored By NeGP And Digital India 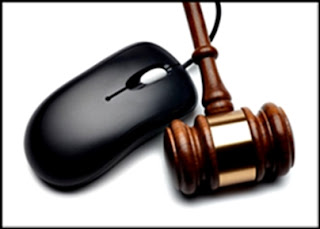 E-Courts project is still at the same stage where Congress left it in the year 2014. The second stage of E-Courts is supposed to take another 3 years coinciding with the term of BJP Government i.e. till 2019. Naturally Digital India has little to offer in this regard as we are still waiting for the establishment of "First E-Court of India" till October 2016. The same may not be established till 2019 as BJP Government has not shown any "Political Will" and "Implementation Capabilities" in this regard in the past two years.


Implementation of Information and Communication Technology (ICT) in Indian Judiciary and in Indian Courts needs rejuvenation. The successful use of e-governance for Indian e-judiciary model requires a techno-legal e-court framework. We need ICT Training and e-courts training for Indian Judicial System as soon as possible. Further, electronic courts in India must also be supported by active use of online dispute resolution (ODR) in India to reduce backlog of cases. Legal enablement of ICT systems in India is need of the hour.

Establishment of E-Courts in India is an important aspect of judicial and legal reforms in India. However, despite this pressing need India has been doing nothing in this regard except giving press statements since 2003. Till October 2016, we are still waiting for the establishment of first e-court in India. E-Courts in India cannot be established till we have experts who can manage this ambitious e-governance pilot project. Similarly, we also need to train judges and lawyers regarding not only e-courts but also for laws like cyber law and telecommunication laws. India has to do much more than mere press statements and opening of e-courts on “papers only” if it really wishes to encash the benefits of Information and Communication Technology (ICT) for effective, speedier and constitutional justice delivery system. The ICT Trends of India of Perry4Law Organisation (P4LO) have proved that Indian e-governance initiatives like E-Courts, E-Bharat, etc have failed due to lack of proper training, management and insight.


The current litigation system of India is not only antique in nature but has become cumbersome and time consuming as well. The backlog of cases is increasing day by day affecting the outcome of various cases. There is an emergent need of judicial and legal reforms in India so that courts in India can meet the expectations of the 21st Century. This has to be done by maintaining a stance that preserves the courts reputation and supports the courts critical role in maintaining public confidence in the protection afforded to them by the law.

The public confidence in the Criminal Justice System of India is declining and the same has forced the Government of India (GOI) to bring this issue right back to the top of the political agenda. Its aim is to cut crimes by increasing the number of criminals brought to trial and reducing the time taken to complete the legal process.

However, if the courts have to keep in step and play their part in restoring public confidence in the legal system then they must find new ways to improve the efficiency and effectiveness of their operations. Information and Communication technology (ICT) can be a panacea for the dying judicial system of India. We can effectively use ICT for establishment of E-Courts in India so that E-Judiciary in India can be a reality.

However, the task is really difficult to achieve because of lack of expertise, techno-legal training and absence of time bound performance. Every year in the month of February, the tenure of E-Courts Committee is extended for another year. This shows there is a lack of Political Will to achieve the task as merely extending time for another year without performance report and accountability is just a pretext to avoid the ultimate accomplishment, i.e. establishment of E-Courts in India.

The fact remains that despite all glamorous conferences, catchy phrases and public announcements, we do not have even a single E-Court in India and there is not even a single case that has been filed, contested and finally adjudicated through an E-Court System in India till October 2016. Where those claimed E-Courts are and what cases they had adjudicated is still a big mystery.

It seems India is just making press statements years after years and courts after courts about establishment of E-Courts in India without actually establishing and operationalising them. The task of their establishment and operationalising cannot be accomplished till we honestly and dedicatedly try to achieve the same. Till now India is just adopting the half hearted efforts and evasive approach.


The establishment of E-Courts in India requires certain prerequisites. These are:

(1) E-Courts Policy: Setting Policy for various aspects of E-Courts is the first and foremost requirement. In the absence of a well defined and pre decided framework, no direction can be given to the E-Courts scheme of India.

(2) Connectivity: Creating an interconnected system across all court levels is an important aspect of E-courts. The District Courts in India must be connected with High Courts and Supreme Court for better, timely and effective disposal of cases.

(3) Simplicity And User Friendly: E-Court mechanism must be not only simple but also be user friendly. The litigants must find the e-Courts facilities in India very easy to adopt.

(5) Authentication: Authentication plays an important role in fixing attribution and legal responsibility. There must be a “Technology Neutral Mechanism” to authenticate various stages of E-Courts usages.

(6) Integrity: E-Courts must ensure integration among court and justice systems.

(7) Security: Security of E-Courts Infrastructure and System is of paramount importance. A system must be put in place that provides secure access to case information for appropriate parties

(8) Data Keeping: All the information regarding use of E-Courts facilities must be duly recorded and stored. These include maintaining proper records of e-file minute entries, notification/service, summons, warrants, bail orders, etc for ready and subsequent references.

(9) Payment Gateway: A secure, efficient and fully operational payment gateway must be established so that various payments and fees regarding court cases can be made online.

(10) Absence Of Monopoly: The E-Courts Project must not be given to a single vendor. Instead the E-Court Committee of India must adopt a multiple vendor approach.

In the opinion of Perry4Law Organisation (P4LO), this list is just “Illustrative” and not exhaustive. Establishment of and maintaining the E-Courts Project in India requires a Techno-Legal approach including getting expertise of matters pertaining to Cyber Security, Cyber Forensics, Digital Evidencing, Prison Reforms, and many more aspects.

India has limited E-Court Infrastructure and we are still waiting for the establishment of First E-Court of India till October 2016.
Posted by Praveen Dalal at 5:07 AM

E-Courts In India: An Essential Judicial Reform Ignored By NeGP And Digital India

E-Courts is a crucial project under both National E-Governance Plan (NeGP) and Digital India. E-Courts project has also faced similar...

© All rights reserved Perry4Law 2002-2012. Copyright and other IPRs reserved. No publication of our contents must be made without “Prior Written Permission” from Perry4law and Praveen Dalal. Illegal copying would result in criminal and civil prosecutions and monetary damages and compensations. ©